AAOMS is administered by an 11-member Board of Trustees composed of five Officers, including the President, President-Elect, Vice President, Treasurer and Immediate Past President as well as six Trustees who each represent a geographic membership district. The AAOMS Executive Director serves as Board Secretary in an ex-officio capacity. The Speaker of the House of Delegates also is an officer of the Association. 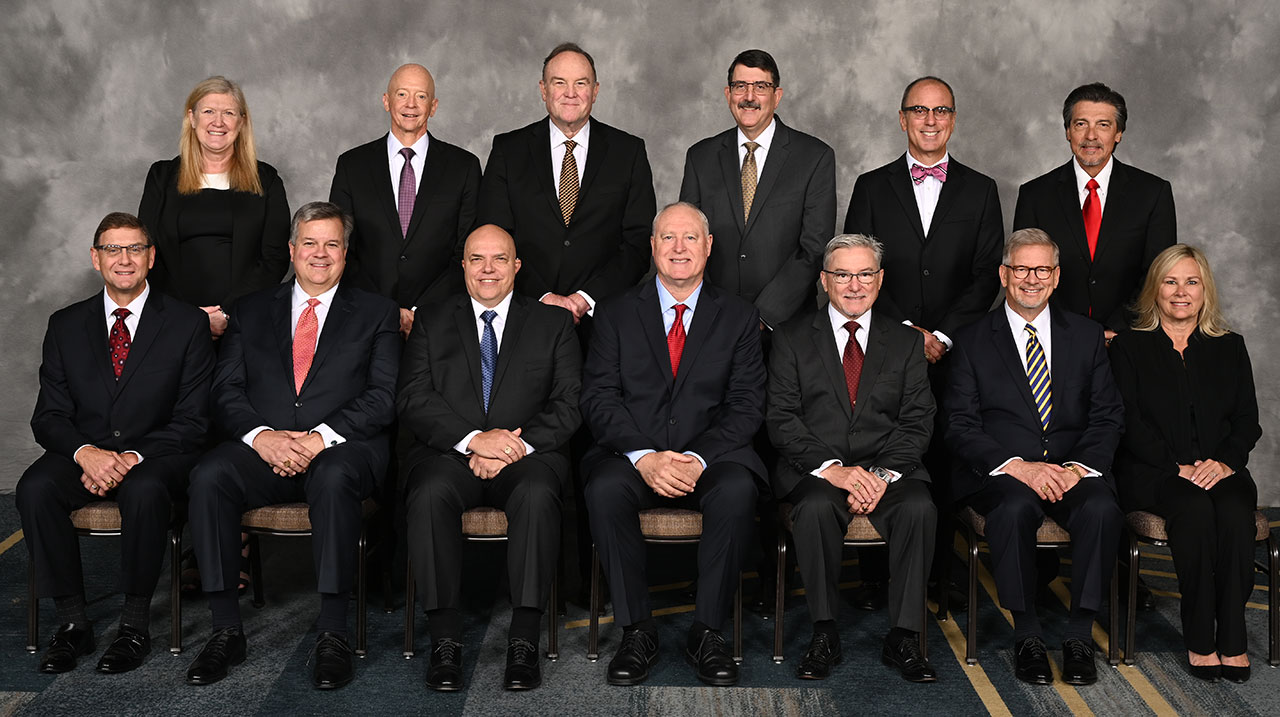 Back row, from left: